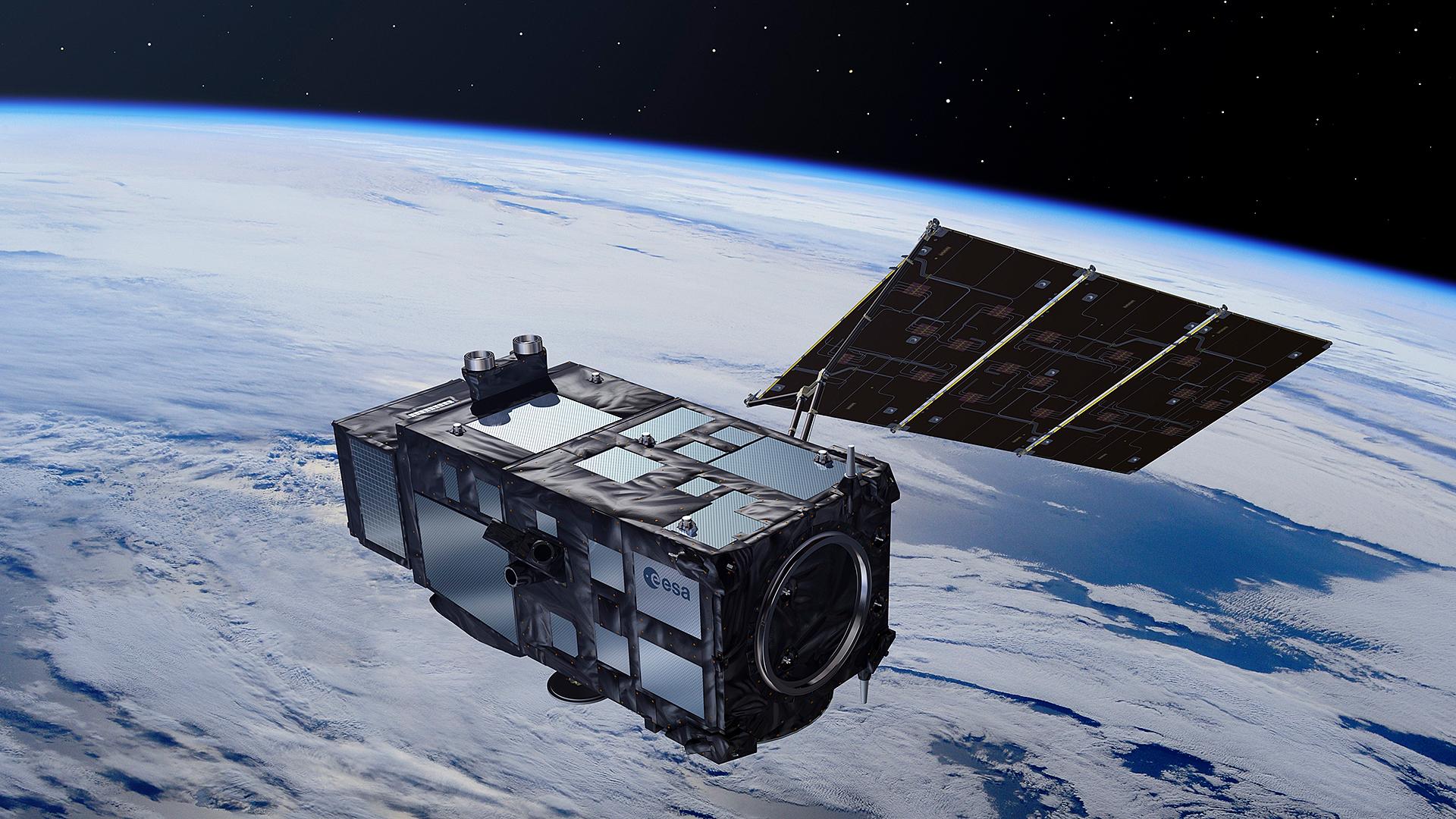 1.7.2020: On 1 July 2020, the European Space Agency awarded contracts for the development and construction of six further Copernicus satellites. Contracts with a value of more than 800 million euro are being awarded to space companies in Germany, a high percentage of which are SMEs. The new satellites are intended to help find answers to the global challenges posed by climate change, population growth and environmental problems. Focus: Space, Earth observation, climate change, industrial policy, Big Data.

Sentinel satellites are at the heart of Copernicus, Europe’s largest Earth observation programme. Sentinels are already reliably and continuously providing large amounts of data on the state of the climate, vegetation and oceans. Now, six more ‘Earth Guardians’, the High Priority Candidate Missions (HPCM), are being added. “At the Space 19+ European Space Agency (ESA) Council Meeting at Ministerial Level held in Seville in November 2019, Germany set the course for a strong commitment to European spaceflight,” explains Walther Pelzer, Member of the German Aerospace Center (Deutsches Zentrum für Luft- und Raumfahrt; DLR) Executive Board and Head of the DLR Space Administration. “Now, Germany’s space industry will play a major role in the expansion of the world’s most powerful space infrastructure for the provision of global environmental information.” On 1 July 2020, ESA awarded contracts worth more than 2.5 billion euro for the development and construction of the HPCM satellites, around 800 million euro of which will go to space companies in Germany.