Enjoy the shooting stars this fall with the taurids, leonids, and geminids meteor showers 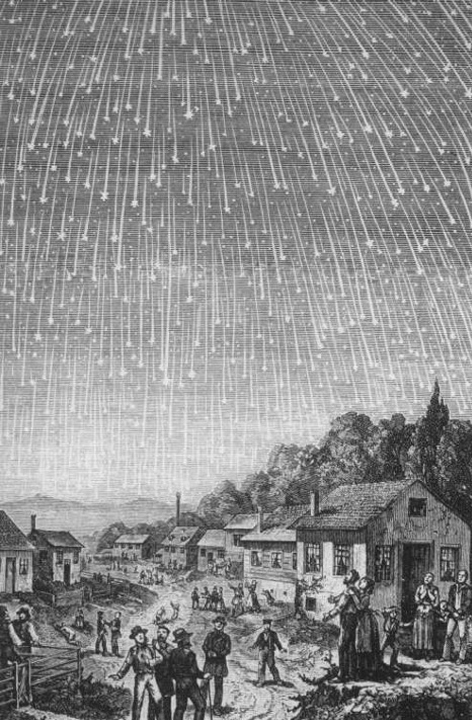 23.10.2020: The nights may be getting longer, but don’t just huddle up and hide under your comforter! The night sky will be at its most spectacular this season.

Here is ArianeGroup’s selection of meteor showers not to be missed as 2020 draws to a close.

These shooting stars, thought to be debris from the comet Encke, are sometimes called ‘Halloween fireballs’ as they are visible from the end of October. In the Northern Hemisphere, we recommend that you watch them on the night of November 11 to 12, 2020 when they are at their most active.

There aren’t many of them (five to 10 every hour) so you might need to be patient, but their relatively slow movement (which is nevertheless 30 km/s, around 18.5 miles/s) makes them particularly easy to spot.

These are some of the most spectacular meteor showers. This meteor swarm is visible every year in November when the Earth moves through the trail left by Comet Tempel-Tuttle.

Every 33 years, they can even radiate so brightly that they are called ‘meteor storms’.

On the night of November 12 to 13, 1833 some North Americans believed the world was coming to an end when there were so many meteorites it appeared to be almost daylight. The next ‘storm’ should not occur before 2032 or 2099 (according to some experts) but the night of November 16 to 17 this year is already promising to be a bright one, with an average of around 15 shooting stars per hour. 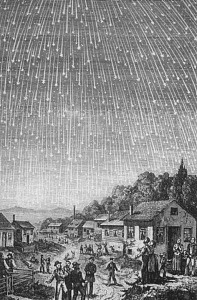 Unlike other fall meteor showers, the Geminids do not originate from comets but from the asteroid (3200) Phaethon (named after the son of the sun god, Helios) which is currently orbiting closest to the Sun.

The Geminids will be most active in the Northern Hemisphere on the night of December 13 to 14. With a bit of luck, you will even be able to see yellow, blue, red, or even green meteors, a unique characteristic of these shooting stars! These swarms are also known for their long-lasting arcs in the sky, visible for one or two seconds, a truly magical sight.