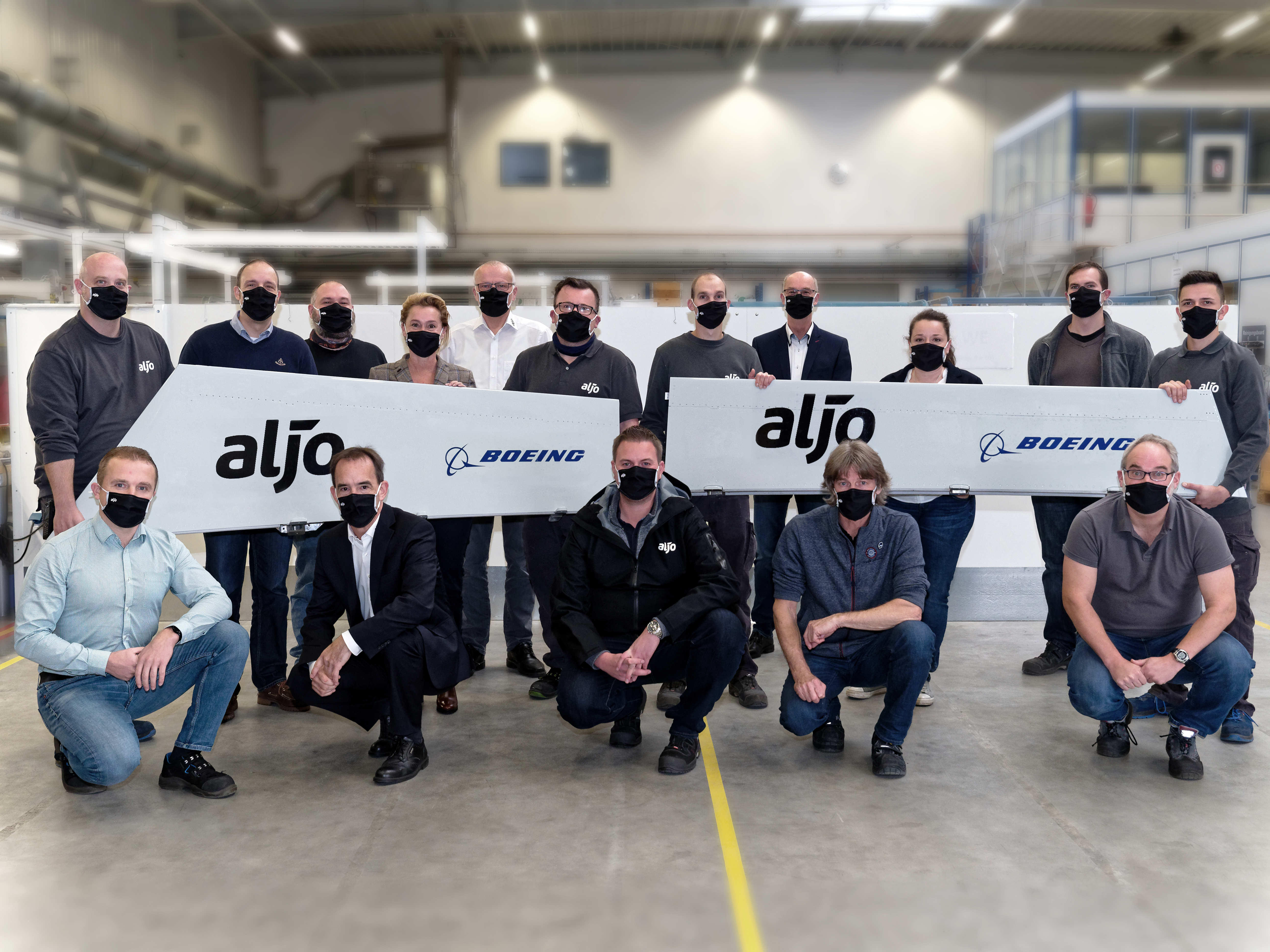 Berlin, 1 December 2020 – Aljo Aluminium-Bau Jonuscheit GmbH (“Aljo”), a medium-sized specialist for aluminum components from Berne, has delivered the first parts for Boeing’s P-8A Poseidon Maritime Patrol Aircraft in September and October. The delivery follows from an industrial partnership that Boeing and the family-owned company from Lower Saxony concluded in October 2018. The partnership includes the production of lower rudders (Ventral Fin Kits) for the P-8A, the first of which Aljo has now handed over to Boeing.
Aljo is thus an important partner in Boeing’s P-8A program and with its 50 years of experience in customized, innovative and high-quality aluminum processing is an important partner in Boeing’s supplier network for the P-8A Poseidon.
“I am pleased that we have met the challenge to supply Boeing as another international customer in 2018,” said Ulf Jonuscheit, Managing Director of Aljo Aluminium-Bau Jonuscheit GmbH. “I am very proud of our team, which has succeeded in implementing our partnership by delivering the first kits. We are pleased to contribute to the success of the P-8A platform and look forward to continuing and expanding our trustful cooperation with Boeing in the future.”
Boeing has steadily expanded its German network of industrial partners and suppliers for decades. Medium-sized suppliers like Aljo are involved in the production and development of numerous models and technologies as part of Boeing’s Commercial and Defense & Space business units. By intensifying cooperation with medium-sized companies throughout all of Germany, Boeing contributes to strengthening the German aerospace sector and promotes the mutual transfer of knowledge and experience across the Atlantic.
“Our cooperation with Aljo is an example of Boeing’s successful transatlantic collaboration and shows how we create industrial and economic added value together with local medium-sized companies,” said Dr. Michael Haidinger, President, Boeing Germany. “We benefit significantly from Aljo’s long-standing expertise and look forward to expanding these relationships in the future.”
The P-8 is a multi-mission maritime patrol aircraft capable of conducting wide-area, maritime, coastal operations. The P-8 can also be used in humanitarian missions and search and rescue operations. As a military derivative of the Next-Generation 737-800, the P-8A combines highest performance and reliability with an advanced mission system that ensures maximum interoperability.
The P-8 is currently operated by the U.S. Navy, Royal Australian Air Force, Royal Air Force (United Kingdom), and Indian Navy. Norway, New Zealand and South Korea have also announced orders for the P-8A variant.