08. February 2021: The first Women’s Astro-Barcamp online event. The mission “We Empower Women” was a success.

“Neptune is hanging low. The Sun is covering Uranus. Is it right that there’s still a moon left?”

When 37 women came together at the Astronautin GmbH’s Online Women’s Astro Barcamp event, the universe had to be a bit flexible. The unfathomable distance between the Earth, Moon and planets was brought closer by means of a three meter long ribbon with small, colourful stickers and the women folded, glued and laughed together. They cursed when Uranus would fall off or when the ribbon sank into water-filled baking tins that were previously used for other small experiments. However, whether or not this tinkering was successful, in the end everyone had a sense of just how close the Moon and Earth are to one another.

What does this have to do with career planning, self-empowerment and character development? A lot! If you understand that the Moon is not that far away, you might also realize that turning your goals and dreams into reality is closer than you think: specifically, directly within yourself.

This is exactly where the leadership training of “Astronautin GmbH” came in. The concept: use experiences from astronaut training to empower women, uncover hidden potential and help prepare each individual for managerial positions.

The first online training session took place on February 6th, 2021, with more than 30 participants. Among them were engineers, managers, students, women who want to reinvent themselves, as well as women looking to network with others. Those who registered received a carefully packaged parcel containing craft supplies, experiment tools and a chocolate bar (Mars bars, of course!). The countdown began at 9am sharp. Based on the stations of a journey through space, the women participated in small experiments, watched keynote speeches by space expert and Astronautin founder Claudia Kessler, as well as entertained queries via mobile phone app. Each fellow traveler had the opportunity to take part in two space trainings. These took place in smaller online rooms, aptly named Venus, Saturn, Mercury and Jupiter.

Under the seminars titled “Boost your Career” and “Shine like a Star”, the women learned from trainer Linda Bosse the importance of self-promotion for one’s career. Claudia Lutschewitz’s “Find your Inner Astronaut” training was about resilience – inner strength and the capacity to recover from difficulties. Janine Tychsen titled her training session, “Houston, we have a problem”, which focused on communication with yourself, and Laura Bechthold helped strengthen the self-efficacy of the participants in her training titled, “Astronaut for One Day”

During the lunch break, most of the women chose to stay on screen as they ate and listened to Claudia Kessler who chatted from the sewing, or better yet, ISS box. What does weightlessness feel like? What do astronauts eat? When do they sleep? How does the toilet work? Kessler was able to paint a wonderfully vivid picture for the eager participants – the toilets function like vacuum cleaners, people sleep from 10pm and she knows the feeling of weightlessness from parabolic flights that she had previously participated in. She felt sick, she exclaimed, but she would do it again in a heartbeat.

The packed program came to an end that afternoon with the joint lighting of sparklers. Each participant felt that wistful feeling one gets when there is no real closeness in an online event. How they would have loved to sit together, talk, laugh and learn more about all the women who came together to embark on this exciting mission with this Astro-Barcamp. 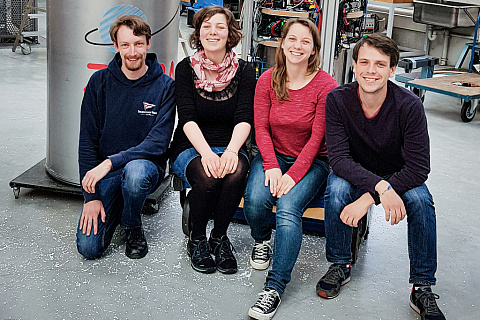 While researching the wave properties of atoms, one of the “coldest places in the universe” is... 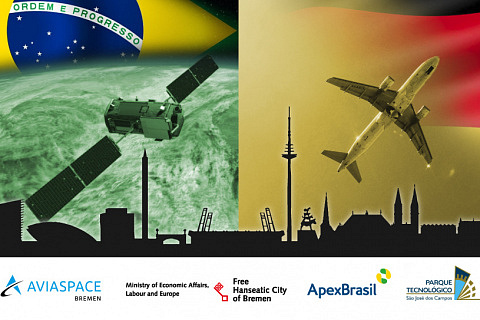 From 29 to 30 June 2021, the Senator for Economic Affairs, Labour and Europe, in cooperation with... 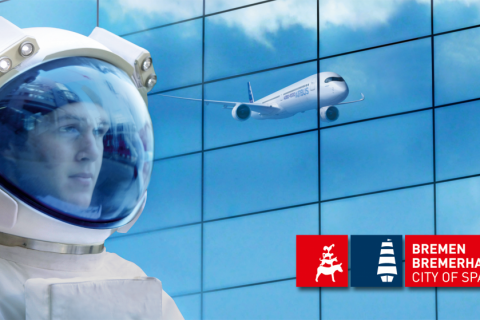 The Federal Ministry of Education and Research (BMBF) is promoting research cooperation with Japan...