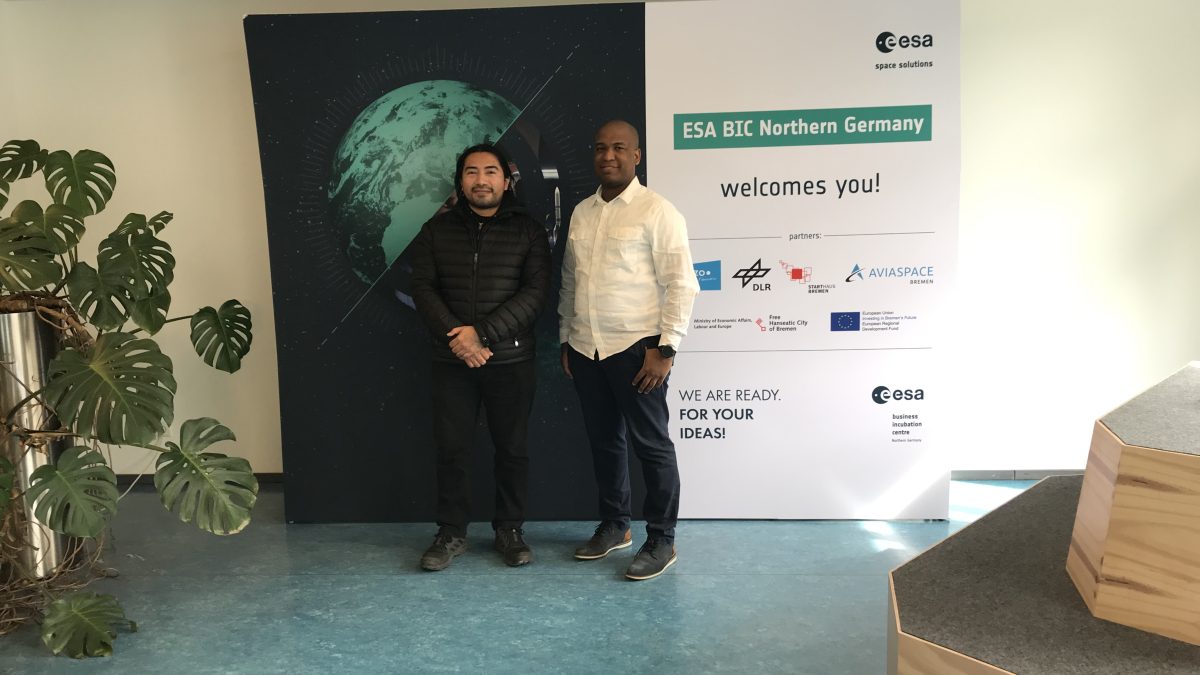 Low orbit satellites help to bridge the telecommunications and digital divide but have a relatively short lifespan. Blue Orbit Space Systems, a new ESA BIC Northern Germany supported startup, is developing plasma systems which help to extend their life and improve their operations. The technology has many spin-off applications for industry too.

Founding member René Cartaya López originally completed his Bachelors in Physics at Simón Bolívar University in Venezuela but it was not until he went to study for his Masters at a space faculty in Moscow that he became interested in the chemistry of the plasma process and started developing technology for space applications.

It was during his studies that René met several like-minded scientists based all over the world, each with a distinct discipline but with one thing in common: a shared passion for space propulsion and plasma technology. In 2021 they came together to found Blue Orbit Space Systems.

Abraham Vivas Borda is a Ph.D. Candidate from the Polytechnic University in Cartagena, Spain who specialises in renewable energies, Félix Konefka lives in Israel and holds an MSc in Plasma Physics and Ahymerd Riveras works as a Production Engineer in Portugal. Finally Mechatronic Engineer Marco Cen Puc from Mexico and Plasma Physicist René Cartaya López from Venezuela are both currently working towards Ph.D.s at the University of Bremen.

“I enjoy collaborating on technical projects, and that is why Blue Orbit works so well. I was really happy to bring my partners together because each of them brings something special to the table. Even though we are based in different countries we offer feedback on each other’s work and this creates a good balance. We make each other better scientists”, says René Cartaya López.

From Satellite Optimisation to Food Conservation and Waste Processing

Low orbit satellites offer many benefits to us here on earth, from improved digital connectivity for remote communities to earth observation which helps to monitor crops, track deforestation and aid disaster management, among other things.

However, as the number of low orbit satellites grows – single constellations alone are often between 100,000 to 200,000 satellites – companies are finding there are issues in quality. Satellites often struggle to reach their intended position after launch and fall from orbit after a certain length of time. Space debris can also damage satellites while they are in orbit. This all means that the life cycle of a satellite is quite short and there can be problems with the reliability of the data.

Blue Orbit Space Systems is working to address these issues with orbital control hardware and software for low orbit satellites, which includes a new generation of electric thrusters enhanced by plasma. These ensure that satellites move from their rocket drop-off point into their correct position in orbit and also help to correct the positioning of the satellites while in space. In future the five founders also want to develop a system which helps satellites to avoid space debris, by deviating from their orbit so that they can avoid damage. They are also currently developing control software which aims to control the satellite directly from the ground. “Ultimately we want to build systems which pilot satellites like they are aeroplanes” says founder René Cartaya López.

However, plasma is not just useful for optimising thrust for satellites, it can also be used to process waste materials and conserve food. The company therefore has two plasma spin-off projects in development. The first is working with an international seafood producer to use plasma technology to conserve seafood. Founders are also talking with the local government in Antofagasta, Northern Chile, who are interested in a plasma solution for the processing of municipal waste.

Blue Orbit and the Future

The immediate priority for the Blue Orbit founders is automating their testing system so as to speed up the development and production of their products.

Going forward Blue Orbit is particularly interested in addressing the emerging space markets in South America, Africa and the Middle East. They already have their first two customers which include a space company in Argentina which is looking for thrusters for their new constellation of low orbit satellites used for agricultural and telecommunications purposes.

When it comes to business operations, there are also potential changes ahead. Both founding partners currently in Spain and Israel are considering relocating to join Rene and Marco in Bremen so that the majority of the founders will be working from Northern Germany. However, the founding partner based in Portugal will likely stay there as this location and the language make it easier to access Portuguese-speaking African markets.

Blue Orbit founders are also delighted with the incubation support they are now receiving from the ESA BIC Northern Germany which includes a 2-year incubation programme with 50,000 € in financial support, marketing assistance and an office location. “Bremen is a leader in the space sector so we are really excited to start our Blue Orbit journey here” says René Cartaya López. 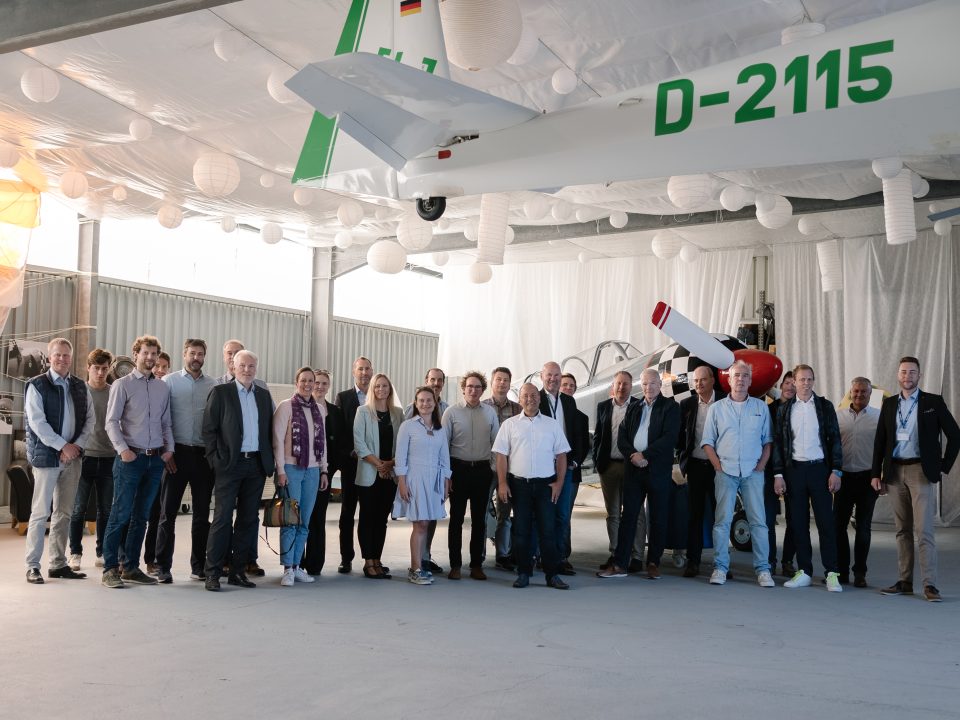