Space expertise from Bremen is orbiting all around the globe. Satellites and carrier rockets for space have been developed and manufactured in Bremen for more than 50 years. Bremen can look back at its achievements with pride: the science laboratory Columbus and the cargo spacecraft ATV, which were Europe’s contribution to the International Space Station ISS, were both built by Airbus. The service module of the new NASA spacecraft Orion is also integrated at the Airbus site in Bremen. In addition Ariane rockets have always included parts made in Bremen, as ArianeGroup has been integrating the upper stages of the launch vehicles here since 1979, and can now look back on more than 240 successful launches. OHB SE with its Space Systems division is the prime contractor for the satellite navigation system GALILEO. Based on this unique portfolio, Bremen plays a leading role in shaping the national and European space programs.

With approximately 4,500 employees, Bremen is the second-largest Airbus plant in Germany, manufacturing the high-lift systems of all Airbus programs. The entire process chain, from the design to manufacture and integration through to testing, is established here. This includes the project office, technology and systems engineering, flight physics, structural development and assembly, verification tests, wing equipping and delivery.
For the A400M transport aircraft, Bremen develops and manufactures the integrated fuselage section including the cargo loading system. In the field of materials and process development, new technologies are being researched and developed through to series production in Bremen. In short: Airbus relies on the aeronautics expertise of Bremen, which can be traced back to 1910. 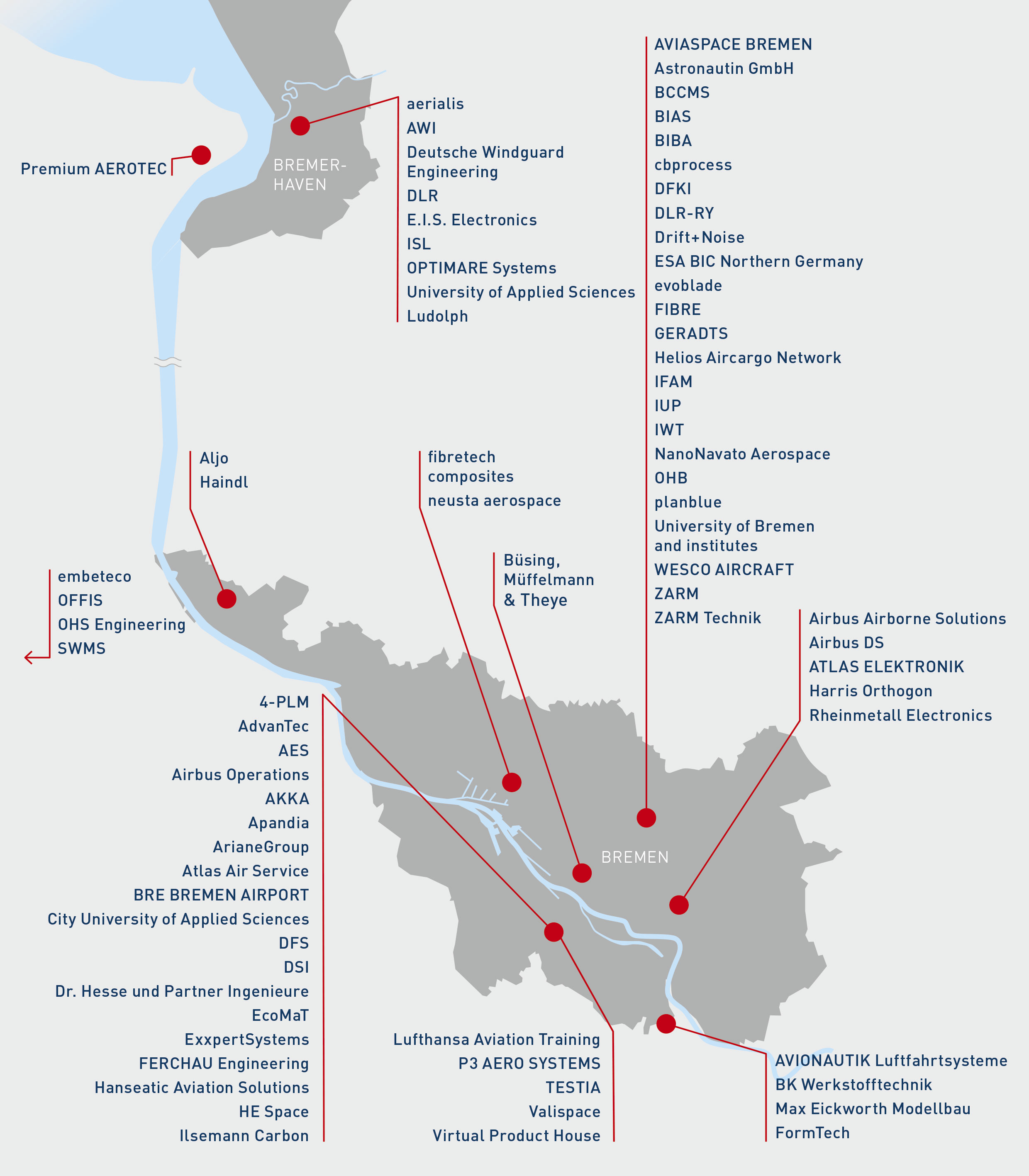