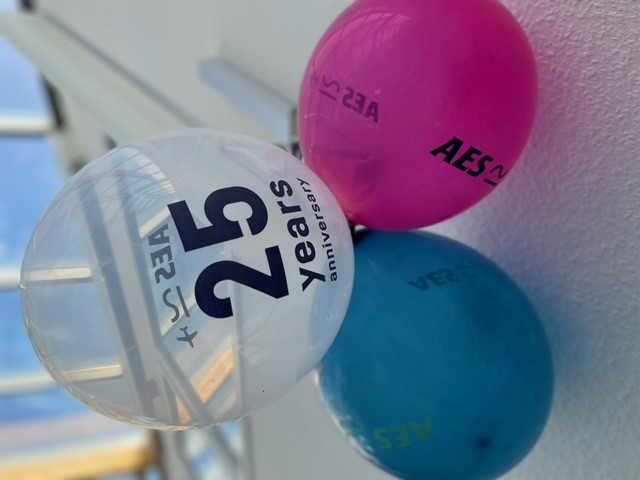 The Bremen-based company AES Aircraft Elektro/Elektronik System GmbH has come a long way since its inception a quarter of a century ago with just seven employees. Today, it is a renowned, global supplier of aerospace and maritime products. They celebrated their 25th anniversary with a grand party at their Bremen headquarters, in the airport city, together with their customers, suppliers and partners as well as employees and families.

Founded in 1997 with the vision of implementing customer needs in the rapidly expanding aviation industry, competently and quickly, AES products can now be found in numerous passenger aircraft and VIP jets. Their product portfolio ranges from LED lighting systems and power supplies to communication and information systems for aircraft cabins. In addition to their highly innovative, comprehensive products, the company’s success is thanks to their electronic design services. These services include integral electrical designs as well as consulting and support in the area of qualification and certification. 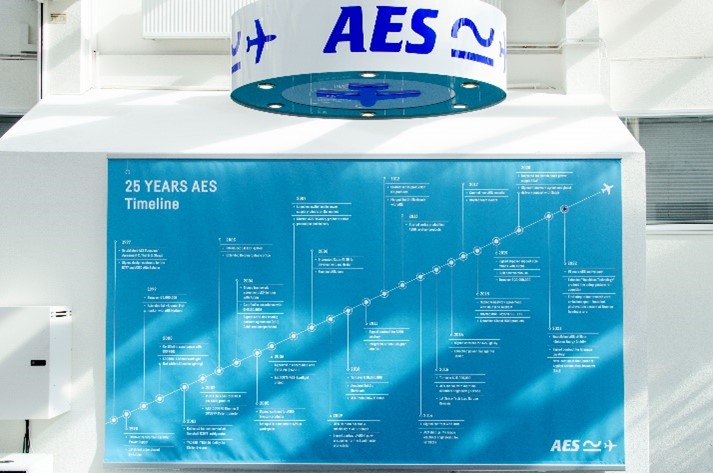 AES meets the high demands of the industry with over 130 employees, and their continual focus on qualitative sustainability and the ongoing research and development of their products.

After congratulating AES, Kristina Vogt, Bremen’s Senator for Economics, Labour and Europe, emphasised in her speech the “[…] forward-looking location policy for aerospace in Bremen”. With more than 140 companies, 12,000 employees and numerous institutes, the industrial sector in Bremen generates more than 4 billion euros per year. This means that, measured against its population, the state of Bremen has the highest aerospace employment density in Germany. “Pooling the expertise of business and science in this key industry is particularly important in order to continue to find pioneering solutions for the challenges ahead […]”, the Senator continued. 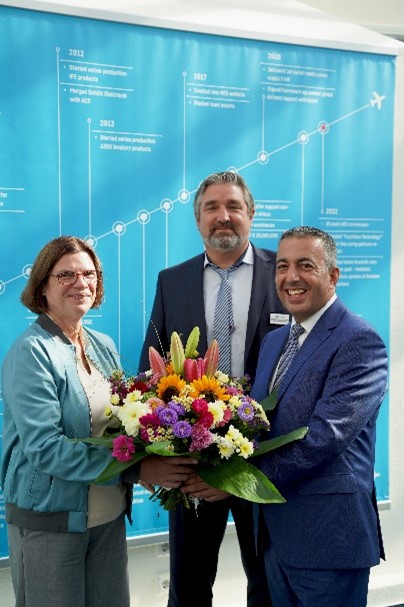 AES has maintained a second location in Hamburg since 2012. Today, this office is located in the Centre of Applied Aeronautics Research (ZAL). Their membership and engagement in various aviation association such as AVIASPACE, Hamburg Aviation and HANSE-AEROSPACE e.V. demonstrates their close ties with both of these Hanseatic cities, along with their desire to play an active role in strengthening the aerospace industry in northern Germany. 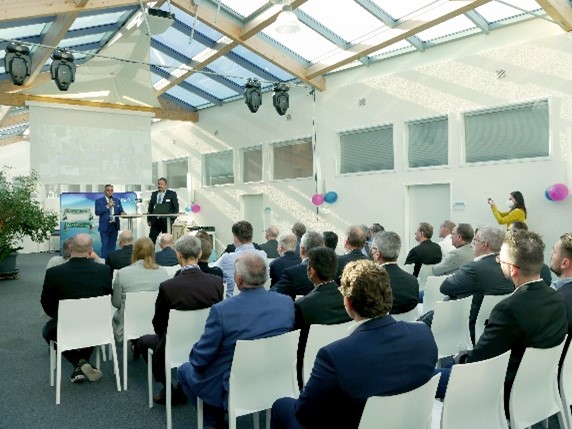 In recent years, AES GmbH has positioned itself towards the future, which has allowed them to manage the Corona crisis using their Hanseatic entrepreneurial skills and a strong team effort from their employees. Accordingly, they have developed series products out of research projects using gesture control to avoid contact surfaces, and wireless data transmission via light, these products being currently in use by their customers.

AES is a forward thinking company, which continually adapts itself to meet the challenges of the changing times. As a result, the goal of achieving energy neutrality by 2025 is a major objective at the company. This year, its Bremen headquarters was equipped with a rooftop photovoltaic system. The system was installed by its affiliate Solares Energy GmbH, which designs and implements solar power projects and was founded in 2021. 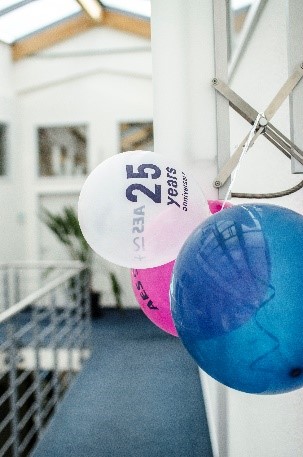 In addition to the new company’s private contracts, their first major project – “Café Sand goes green” – has already begun with the Bremen Economic Development Corporation and Bremen University of Applied Sciences. Café Sand, a well-known Bremen establishment, is located directly on the Weser, and has had 150 photovoltaic modules installed.  The electricity these generate will power their kitchen appliances and provide electricity for a free charging station for e-bikes. Café Sand is considered one of the showcase projects of the Bremen Senate’s solar initiative.

AES continues to head confidently into the future, ready to write their next quarter of a century company story, with the guiding principle “Our horizon is broad and goes beyond what we are working on today”. Their profound system knowledge has been optimally designed to implement the future needs of their customers, while simultaneously shaping the market with new ideas. 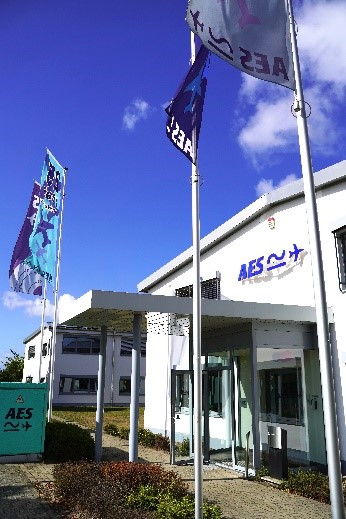