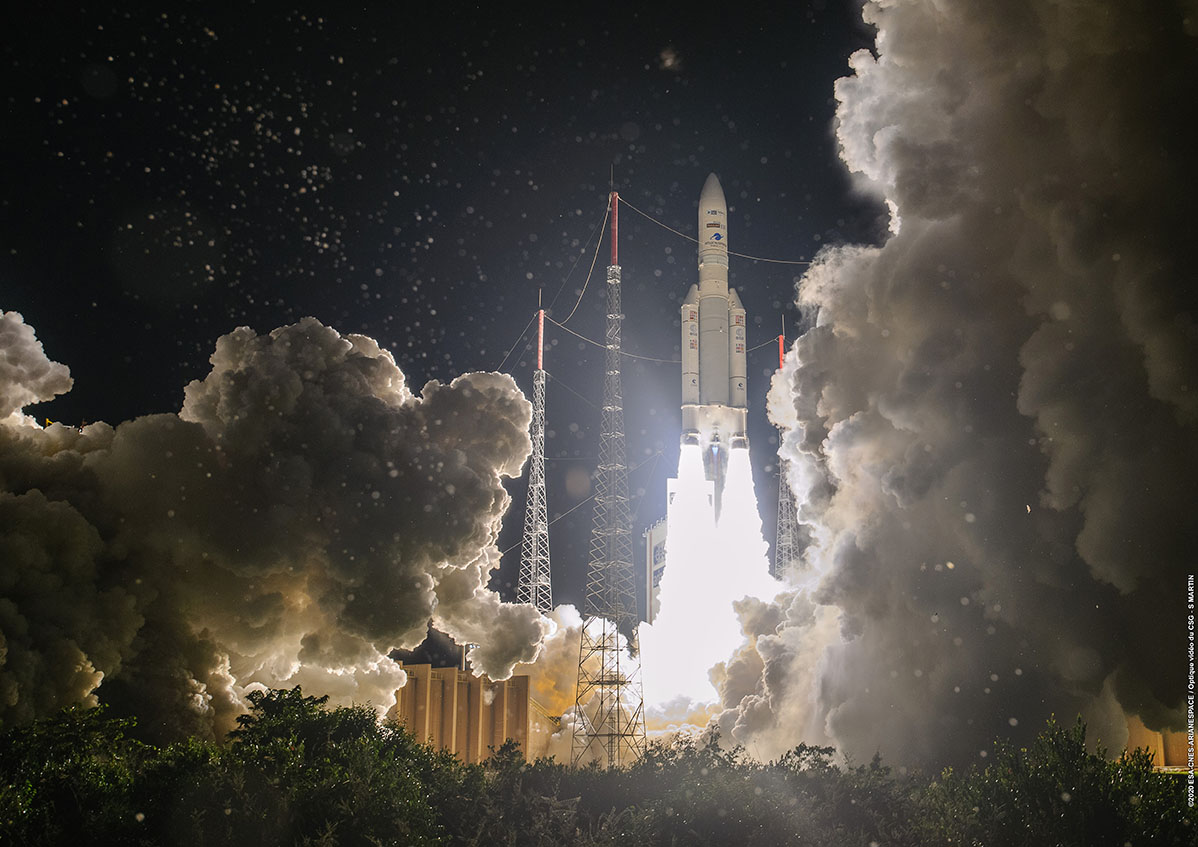 16.8.2020: Europe’s Ariane 5 has delivered two telecom satellites Galaxy-30 and BSAT-4B, and the Mission Extension Vehicle (MEV-2), into their planned transfer orbits. There are also four notable updates to the launch vehicle.

Arianespace announced liftoff at 23:04 BST (00:04 CEST, 19:04 local time) this evening from Europe’s Spaceport in Kourou, French Guiana, for a mission lasting about 47 minutes.

Galaxy-30, with a launch mass of 3298 kg, was the first to be released after about 27 minutes. The 2875 kg MEV-2, also housed in the upper berth of the fairing, was released about seven minutes later.

Following a series of burns controlled by Ariane’s computer, the Sylda structure encasing the 3530 kg BSAT-4B was then jettisoned. BSAT-4B was released into its own transfer orbit about thirteen minutes after MEV-2.

Galaxy-30 is owned by Intelsat and will deliver high-performance broadcast distribution capabilities, including ultra-high definition and over-the-top streaming media, while also supporting broadband, mobility and enterprise network solutions. It has a design life of 15 years.